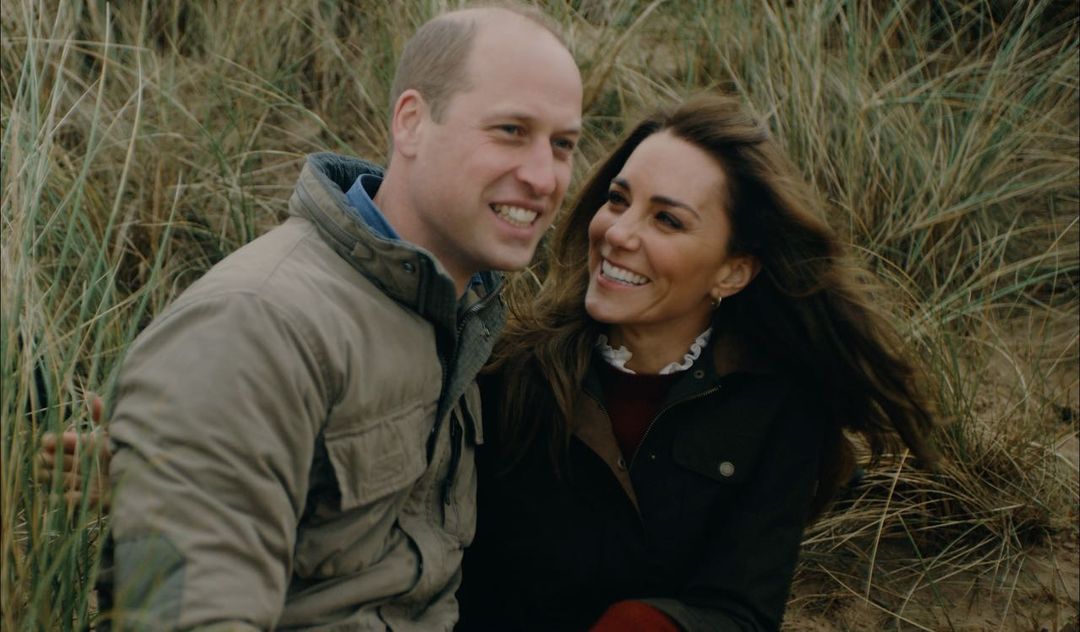 When I found out that Prince William and Kate Middleton officially announced their new YouTube channel, The Duke and Duchess of Cambridge, I couldn’t wait to check it out. Not because I’m a royalist (although the odd romantic fairy tale never hurt anyone) but because I think it’s a pretty smart move on their part. It’s a perfect time for them to enter the world of YouTube right now. In the past, most of their videos sat on another YouTube channel called The Royal Family.

It seems Will and Kate created their channel back in Oct 2020, but officially launched on May 5th 2021. According to Social Blade, they got 175K  subscribers on their YouTube channel launch day. All that with just one 25 sec video!

How did they do it? With the amount of press they’ve gathered on this story, it’s not surprising. They’ve done very well to create an action-packed first video. It’s a shame it was only 25 seconds long but I guess they’ve made it snappy and engaging. They’re up to around 540K YouTube subscribers. There was an initial surge of royal superfans subscribing to the channel after the announcement. Looks like subscriber gains slowed but this could simply be because they’ve not followed up with more videos.

The real test will be to see if they can sustain this level of interest over time. It takes a lot of commitment to keep a YouTube channel growing. It will be interesting got see if they can continue to consistently release great video content.

I like how they have created neat playlists which are pulled in from The Royal Family’s channel. They’ve collated videos that they feature in, categorised them. They’ve added playlists to their currently sparse YouTube channel which makes it appear like there’s lots going on. Good move.

Another interesting element is their ‘About’ section.  It has very little information and doesn’t say anything about what to expect. It just says, The official account of The Duke and Duchess of Cambridge. Perhaps it’s early days and they’re still figuring it out, but hopefully, we’ll see a little more information about what their YouTube plans are.

What does the future hold for their YouTube channel?

Are they a bit late to the YouTube party? I don’t think it’s ever too late to start a YouTube channel. The key is to be active with it. There’s been so many royal dramas in the press recently, maybe they see it as their private media space. I think it’s a great idea. Having their own YouTube channel gives Will and Kate an opportunity to present themselves how they want to be seen.

They have a chance to show their authentic selves allowing the public to see who they really are. They can see first hand what they stand for and the work that they do. It also makes them seem independent from the rest of the royal family. Perhaps it’s time for them to have their own voice and share their worldview direct with their fans and followers. Bravo!

I’m not so sure they’ll be posting their ‘morning routine’ videos or perhaps doing royal event ‘make up tutorials’  and ‘fashion tips’ BUT it will be interesting to see if they can bring something special and engaging to their YouTube channel beyond their official engagements. I have a hunch that their YouTube fans will be much more interested in them as everyday people and not just as royals with royal duties.

What can you learn from the Duke and Duchess of Cambridge on YouTube?

YouTube’s strapline is ‘Broadcast Yourself’ and I think that you can be confident that having a YouTube channel is your personal space to literally broadcast yourself. You can have a voice, present your values and even grow your business or personal brand. There are so many directions you can take with it.

It’s probable William and Kate felt that this was the right time to launch their YouTube channel and have their say in how they are to be represented as public figures.

Ultimately there’s no right or wrong time to start a YouTube channel. You will only know when the VALUE you need to share with your niche outweighs other priorities in your work life – that’s a sure sign to start and grow your channel.

Create your own promotion to launch your channel or package it up as a ‘YouTube Channel Re-Launch’.  Make a song & dance about it! Put up a new piece of video content that summarises why you have a channel and remind your followers why they are subscribed or why they should subscribe and what they can expect to see from you. Post this message on all your socials, newsletters, blogs, press releases etc and make a big deal of it, oh, and try and make your video is longer than 25 seconds 😉 with a few follow up videos.

If you’re interested in getting real life tips from YouTube pros then head over to my podcast Confessions of a YouTuber, where I speak to some of the very best YouTubers about their YouTube journey and Youtube channel growth tips.